3 Kanban board examples created by experts in the field

One of the most commonly used process improvement tools, the kanban methodology has a whole history of evolution dating back to postwar Japan.

Curiously: The meaning of the word “Kanban”, in Japanese, is “Card.”

So we selected 3 Kanban board examples developed with the help of Trello, a team and workflow management system that relies on tables, lists and cards, ideal for modeling processes with the help of the kanban methodology (but not only for this, of course).

Learn more: Agile Scrum and Kanban: Do not get them confused any longer!

Usually, the Kanban methodology can be summarized into 4 lists, in its most basic version: Task Lists, In Production, Blocked (tasks that present some obstacle to development) and Done.

So by putting your task cards in each of these lists, your workflow ‘migrates’ from left to right, allowing everyone, with a quick glance, to know what they need to do, what’s in progress, what presented a problem and the team needs to resolve and what is already complete.

But you can customize this idea for specific workflows. And that’s what we’ll explore in these 3 Trello kanban board examples.

The idea is to split the Kanban board lists into 3 types and each of these types into subtypes.

So there are 3 major production steps:

But forwarding the tasks so broadly would make the flow incomplete and uninformative. Therefore, each of these macro steps is subdivided, creating the following lists:

Therefore, from the initial ideas, through the definition of the briefing, the production itself and the post-production work, with the launching and analysis of data, everything can be accompanied on a single board, integrating the teams and the information.

Thus, everyone has a broad sense of the process and perceives the consequences that an action in the early stages of producing content can generate at the end of the workflow.

See also: Lean Kanban Board: How does it differ from other agile methods?

This product development roadmap aims to make communication agiler, with a clear sense for the team of what the priorities are and what they want to achieve at the end of the process.

Another advantage of this type of approach in product development is that you can integrate similar ideas by designating inspiring themes.

This is only possible because there is a vision of the entire thing and a strong sense of where you want to go.

The lists defined for the flow of tasks are as follows:

It’s a list that makes a lot of sense for developers and you can access this Kanban board example by clicking on the picture below: 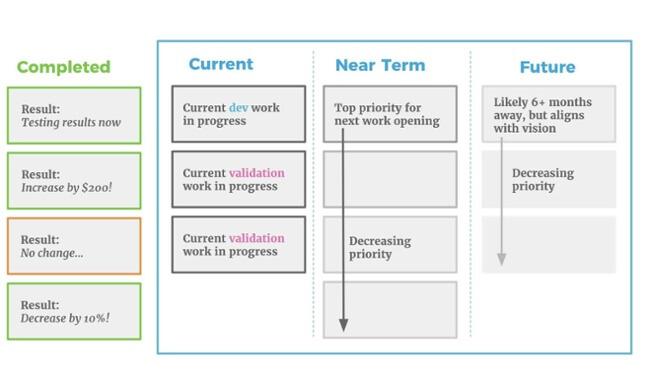 On the one hand a Kanban board helps to keep things organized and in order, on the other hand, it can end up stiffening the workflow.

To avoid this, one technique is to reverse the traditional order of lists, starting with the ‘completed’ list, so that you can revise the work. In addition, you can see everything that has already been done, which motivates the team.

The second suggested list is ‘Get Out In Front’. It has around 5 tasks and shows the team what they need to do urgently.

Another kanban board example list is quite unusual: ‘Ideas in the Freezer’.

It goes away from the traditional flow, doesn’t indicate the next step, but shows that the group had a good idea, which they want to develop, but the opportunity hasn’t yet presented itself

This picture is really quite different. In addition to the conventional lists, such as ‘In Progress’, ‘Next’, and ‘On Hold’, there are lists with intuitive and creative names created to stimulate innovation, such as ‘Doubts’, ‘Trash Can’, ‘Room For Improvement’, ‘Good Things’, ‘We’d Love to Do’, among others. 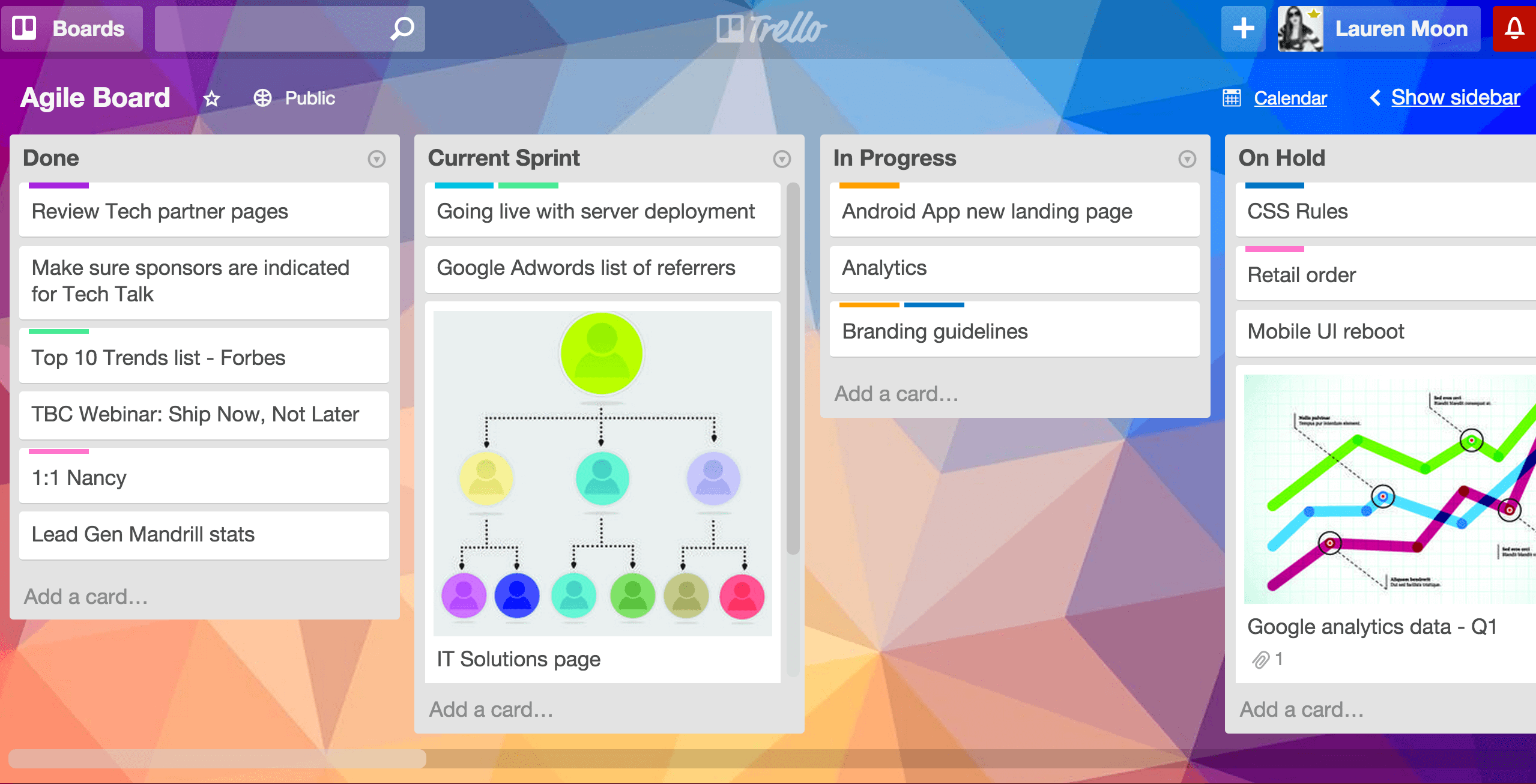 So, do you want to model processes with even more ease? Try HEFLO.