Subprocesses are some of the most important BPMN 2.0 notation concepts. And the reason for this is simple: when we deconstruct a process into smaller process diagrams, we increase the level of understanding of the main flowchart and reduce the complexity of the entire flow so it becomes much easier to understand the logic of the process!

There aren’t many (it’s probably risky to say there aren’t any) complex business processes that don’t involve subprocesses.

To make this clearer, let’s recall that a process is a sequence of activities that has a beginning and a definite end.

Below are some BPMN subprocess examples that will make this explanation clearer.

Let’s say you’ve designed a material request process flow and at some point, there’s an ‘order picking and shipping’ step, like the one here: 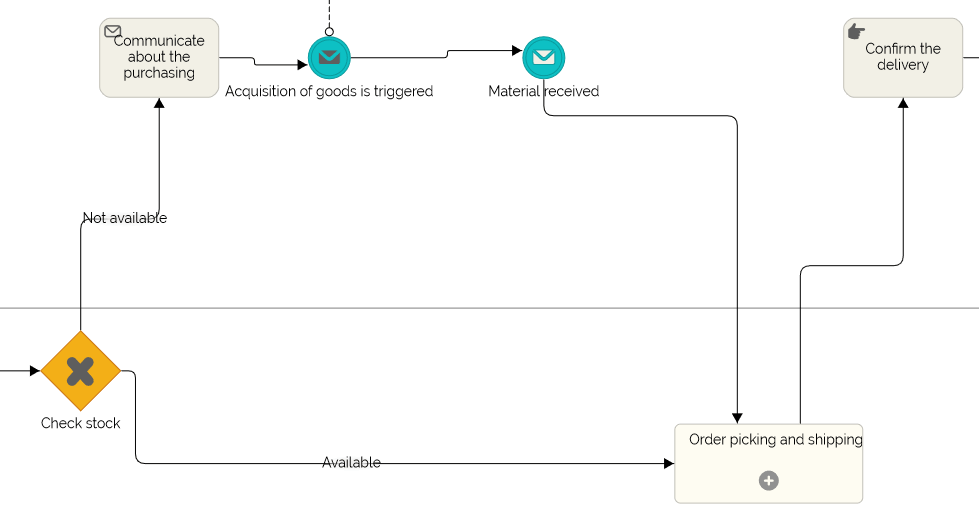 The entire task separation can be composed of several activities according to the expanded subprocess flow here: 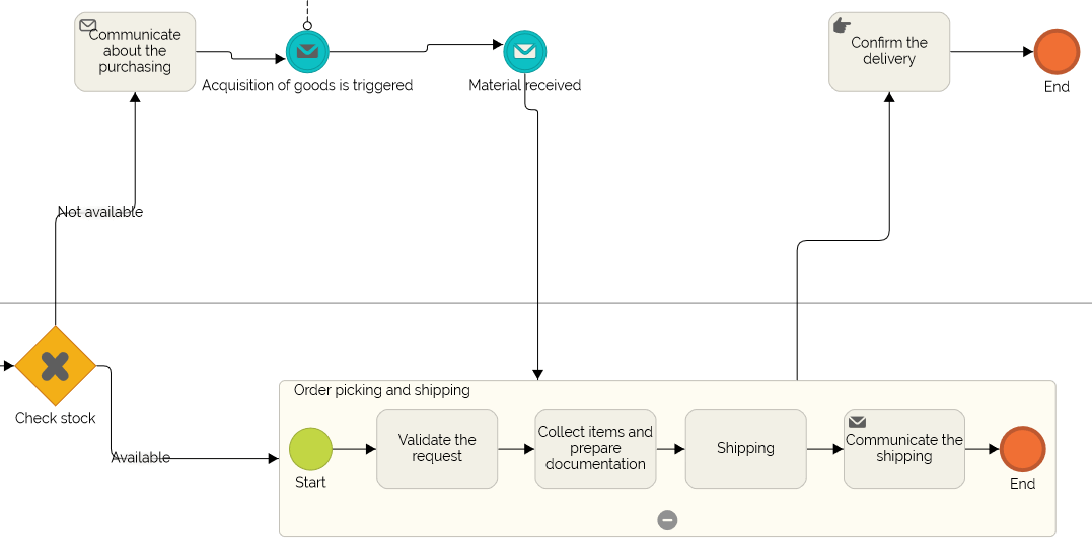 You can see there are two cases of deconstruction in the process flow. The first is the “Sell” subprocess that is reduced to 3 tasks. The second is a “Call Activity”, which makes a call to a first-level process (a reusable process flow):

In the case of “Sell”, the task box is enlarged, in the case of “Billing”, the process is visualized in another independent process flow.

Important: In older versions of BPMN there was the concept of “a reusable subprocess”, but with BPMN 2.0 this concept has been discontinued! If the BPMN tool you are using is not yet compatible with the new subprocess concept, take a look at HEFLO and create a free business process modeling account!

There are some typical BPMN subprocess examples, let’s look at them below:

Check out the detail shown in the figure below with its dashed borders. See more details of this example in our process library: Non-Conformity

Ad hoc subprocesses have the characteristic of not being connected to other elements of the process, and their internal elements are also not connected to each other.

It means that these tasks can happen at any time.

Here’s an example of an Ad hoc process flowchart:

In this case, the subprocess will be flagged with an arrow, indicating that the subprocess is repeated until a particular condition is confirmed. If this occurs, the flow stops, or the subprocess restarts, similar to the behavior of a programmed loop.

As you can see, the use of a process modeling tool will be very useful for including the correct BPMN 2.0 notations when putting together a subprocess flowchart.

And if you still have questions, go to the HEFLO website and try out our free process modeling software and enjoy the many examples of business processes available in our library. Have a look at our new tutorial videos!